History of Zonta Club of Greeley

Zonta Club of Greeley is an organization of professionals who empower women locally and worldwide through service and advocacy.

It was on June 6, 2013 that 20of us gathered at the Greeley Country Club to celebrate the chartering of the Greeley Zonta Club. In our first year we commemorated "Zonta Says No" by putting "Abuse Happens Here" flyers in all the toilets we could find and got a "Proclamation to End Gender Violence" from Greeley City Council which we have done every year since. We initiated our ongoing connection with "Free the Girls", an organization that sends gently used bras to human trafficking survivors overseas to sell for sufficient income to live. We started partnering with and have continued to make donations to "A Women's Place", Greeley's organization serving victims of domestic violence.

In 2014 we were honored to have the Ft. Lupton High School shop class make silhouettes of adults and children we used to develop the Silent Witness program that has a story on each silhouette about someone killed by domestic violence. We continue to display them every year in libraries and other public places. We served as a model for District 12 which promoted it as a District wide program in 2015. We had our first Young Woman in Public Affairs (YWPA) scholarship winner who we took for a day at the Colorado Legislature. We sold and continue to sell yellow roses to honor women for Zonta Rose Day International Rose Day.

We enjoyed hosting a booth at the UNC Community Fest.

We were busy in 2015 creating our two first fund raisers, a garage sale and a style show.

We incorporated as a non-profit and S0l(c) 3, and hosted the Zonta Area 2 Meeting. Our biggest project was the development of the Northeast Colorado Coalition Against Trafficking (NECCAT) to bringlaw and victim service agencies together. It continues to coordinate with 11 law and over 30 service organizations. We hosted a booth at a District 6 back to school event and joined the KingSoopers 5% reward program.

The development of Backpacks for human trafficking survivors donated to police departments occurred in 2016. Since then, many have been made by us and others and have been adopted by different Zonta clubs. We began to participate in and donate to a journey conference for young women through UNC and continued for three years. In 2017 we initiated oufTrivia Night fundraiser which continued through 2019. In partnership with Ft. Collins Zonta Club we hosted the Zonta District 12 Conference in Greeley.

We had our first Jane M. Klausman for Women in Business scholarship winner in 2018 and continue to support others with this honor. One of our members was able to create a Zonta Centennial stamp through the Post Office. In 2019, we provided STEAM classes for girls, spring semester and Billie Martinez elementary school. To celebrate the Centennial, we entered a float in Greeley's Independence Parade and hosted a Zonta Centennial dinner. We were proud-do charter two Z Clubs at West and University High Schools.

Due to COVID-19 in 1920, we were only able to sell Christmas Wreaths as a fundraiser and send email Roses to honored women. Our other activities continued. 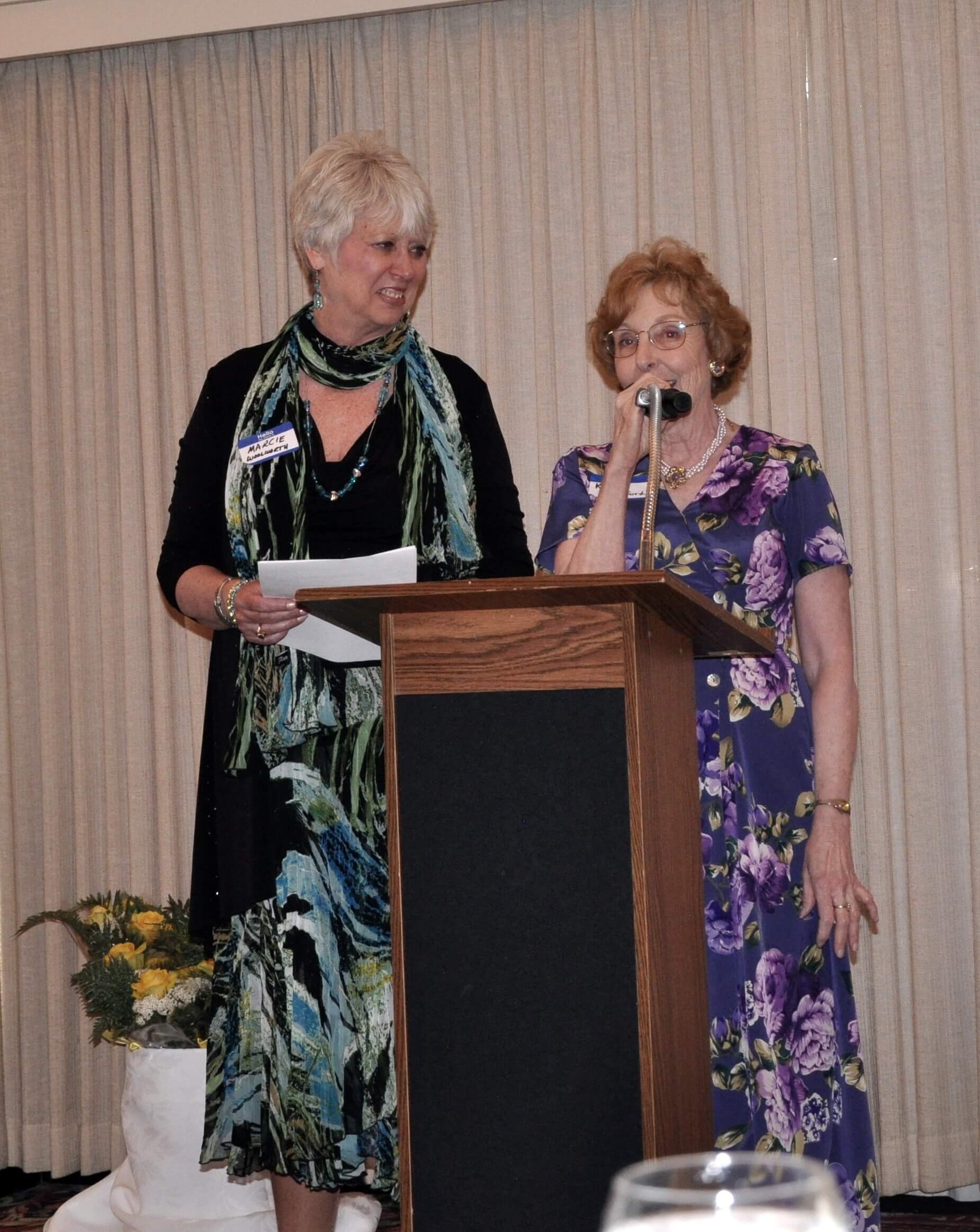 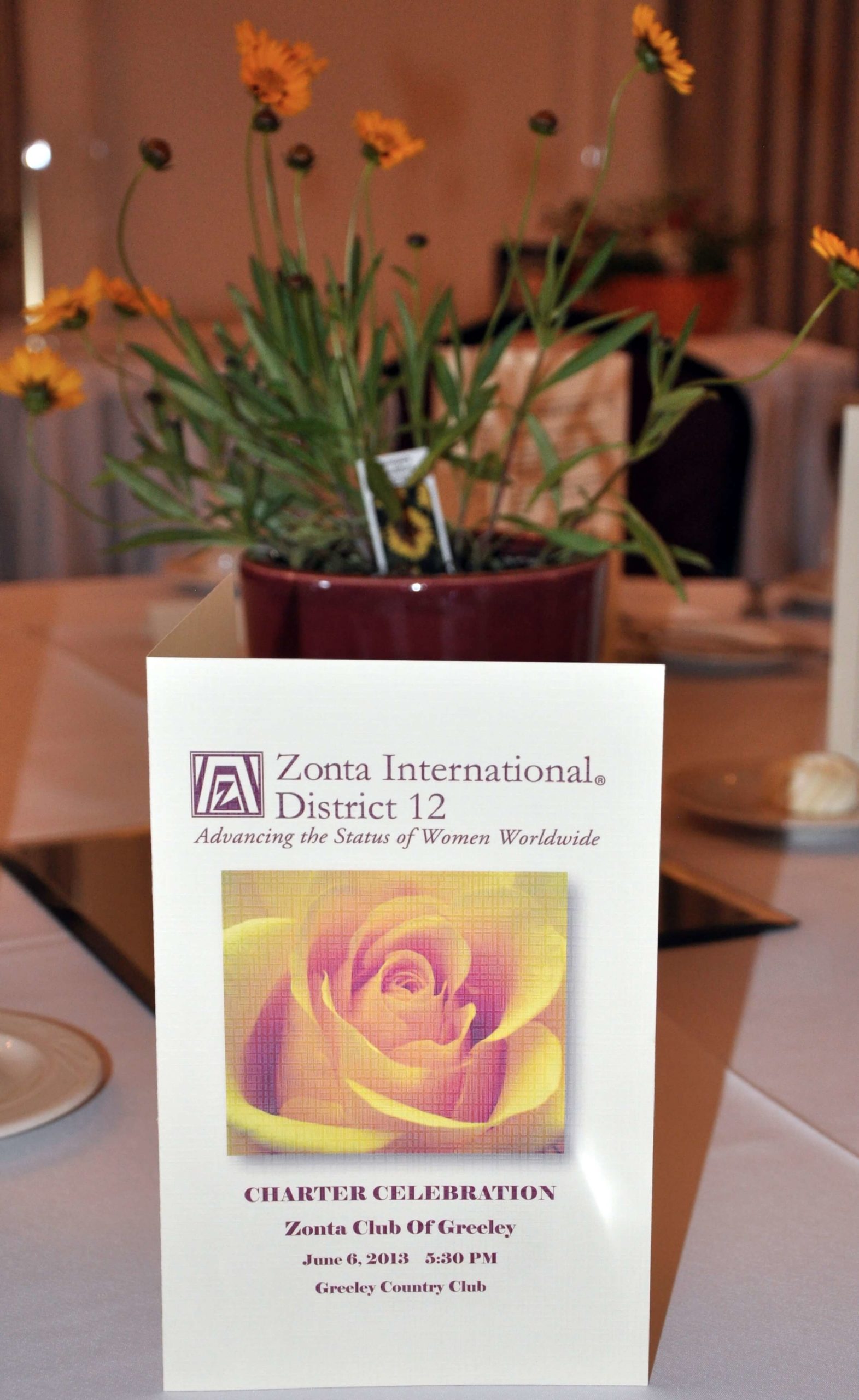 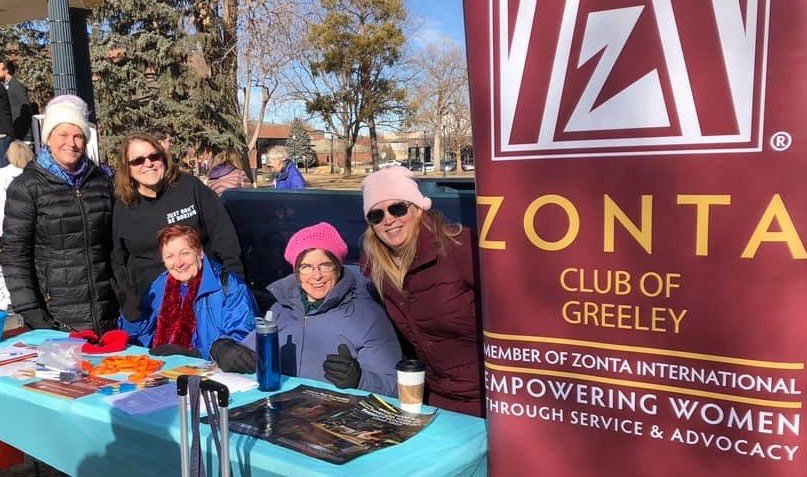 Stand with Women and Girls Worldwide